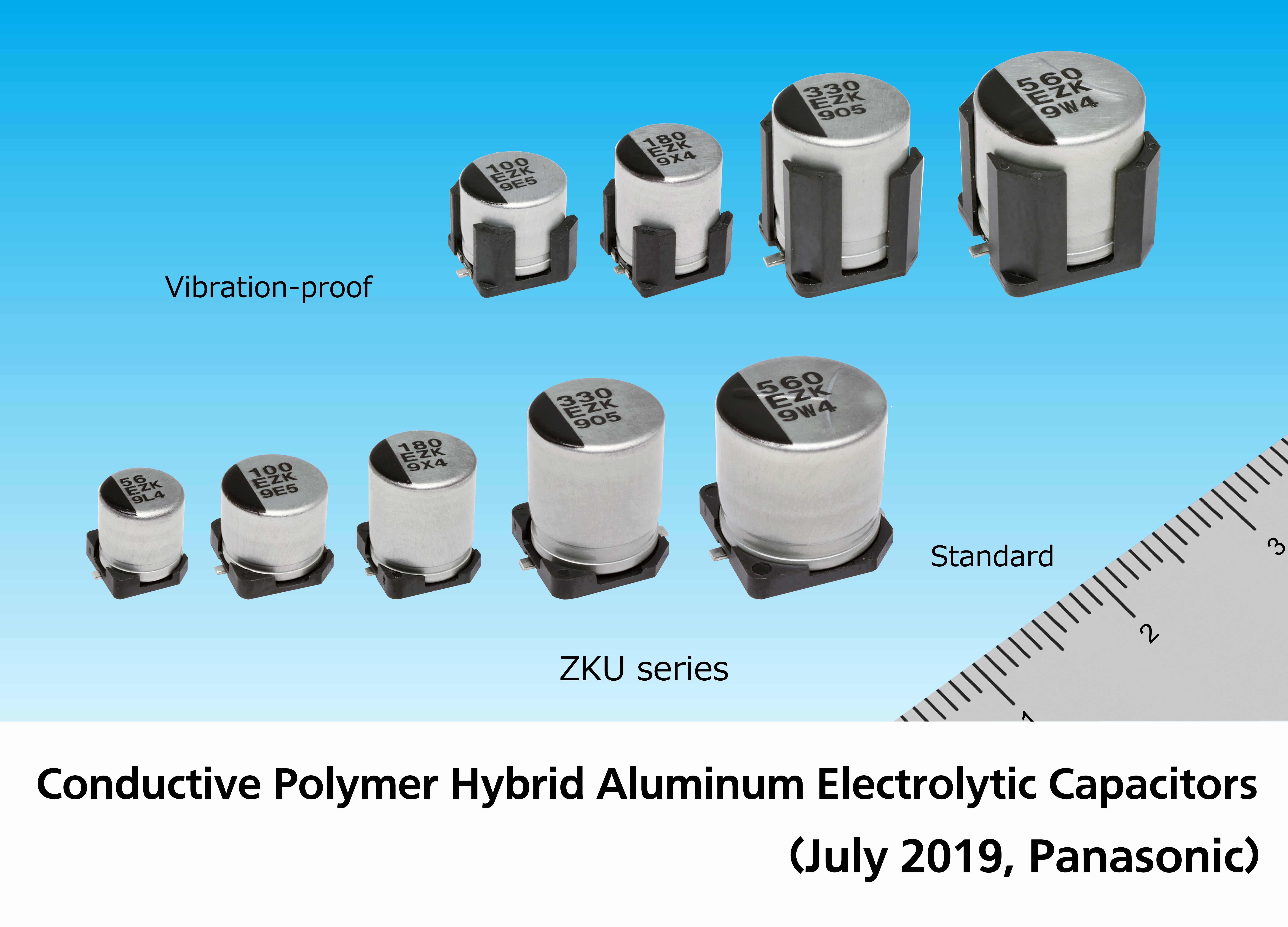 Panasonic Corporation announced today that its Industrial Solutions Company has commercialized the new ZKU series of large-capacitance conductive polymer hybrid aluminum electrolytic capacitors for use in automotive ECUs (electronic control units), etc. and will launch mass production in August 2019. With increased capacitance, the largest product of this series with ϕ10 x 10.2 mm and smallest product with ϕ5 x 5.8 mm will respectively achieve reduction in the number of necessary capacitors and downsizing from the conventional standard products (ZC series), contributing to the downsizing of automotive ECUs.

Conductive polymer hybrid aluminum electrolytic capacitors feature low resistance and high reliability through the fusion of conductive polymer and electrolyte and are used in a wide range of applications, from control circuits in automotive engine ECUs, BMSs (battery management systems) to motor drive circuits in electric pumps, radiator fans, and further to ADAS applications (such as cameras, sensors, and control circuits). The progress in the electrification of automobiles has led to redundant design aiming to improve the safety and reliability. As a result, more and more ECUs are used in a single car, due to the mounting of two identical ECUs, for example. Design for downsizing boards is necessary for securing mounting space, which requires reductions in the number and size of capacitors and large current.

To respond to these requirements, Panasonic has commercialized the ZKU series of conductive polymer hybrid aluminum electrolytic capacitors with the industry’s largest capacitance by using its electrode foil large-capacitance technology.

Increasing the capacity of electrode foil by using an electrode foil area expansion processing technology has allowed the capacitors to achieve large capacitance, i.e., larger than those of the conventional ZC series products by 50% or more and ZK series by 20% or more. This enables a reduction in the number of required capacitors, from the use of several capacitors in parallel, as well as reduction in the size of capacitors with the same rating, thereby contributing to board downsizing.